Chris Jordan, the chief architect of Australia’s only loss of the T20 World Cup, is heading to Sydney for the Big Bash.

Chris Jordan, the superstar English pace bowler who terrorised Australia at the T20 World Cup, is joining the Sydney Sixers for BBL|11.

News that fan favourite Carlos Brathwaite would not recover from shoulder surgery in time for BBL|11 prompted the Sixers to sign Jordan to a five-game contract, which begins with the tournament opener on December 5.

Watch every game of the KFC Big Bash League Live & On-Demand on Kayo or catch up for FREE with minis on Kayo Freebies. Join Kayo Now >

Jordan, 33, has represented England at all three levels of the game but is generally regarded as a T20 specialist, most recently taking six wickets from six appearances at the T20 World Cup.

The Barbadian-born quick is no stranger to the Big Bash, either, having previously been contracted with the Adelaide Strikers, the Perth Scorchers and the Sixers’ cross-town rivals, the Sydney Thunder.

Cricket NSW’s head of male cricket Michael Klinger said he was thrilled to welcome Jordan into the Sixers’ ranks.

“It’s disappointing for Carlos and the group that he has succumbed to injury but Chris is a world class T20 cricketer and will provide the Sixers with fantastic versatility and high quality skills in all three aspects of the game,” said Klinger.

“His death bowling and change ups, as well as being one of the world’s best fielders, will be a huge asset for the Sixers early in the BBL.

“He is experienced in playing in the BBL and has been previously successful in this tournament.

“I know (Sixers Head Coach) Greg Shipperd and the rest of the coaching staff are very excited to have Chris on board.” 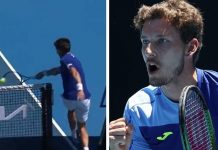 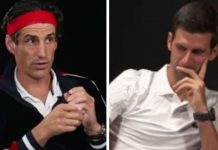