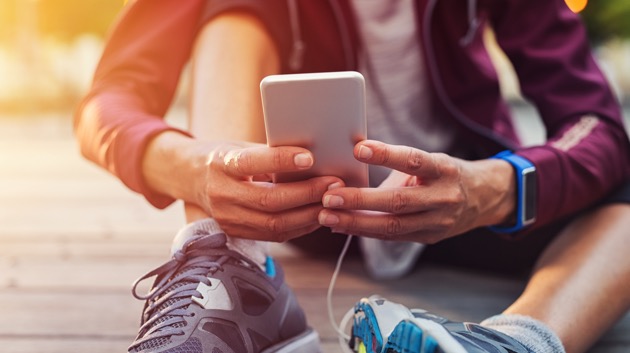 (NEW YORK) — Amid mask mandates and social distancing of a global pandemic, Barry’s, a boutique fitness club, says it’s disrupting the industry by giving consumers access to their product in ways that didn’t exist just one year ago.

But what it took to get there was a road wrought with challenge, uncertainty and innovation.

At the beginning of the pandemic, Barry’s, like so many fitness clubs, took a massive economic hit and had no digital offerings or infrastructure in place.

Priding themselves as “the best workout in the world,” Barry’s says it created opportunity in the height of COVID-19 lockdowns worldwide by remaining committed to keeping connections to their community alive and thriving. When it became clear global shutdowns would not be brief, the company immediately launched workouts live on Instagram, then formal at-home classes on video conferencing apps, like Zoom.

As 2020 wore on, the company eventually launched 19 outdoor studios that occupied spaces like parking garages, rooftops and empty, undeveloped land, converting those spaces into their infamous “Red Rooms” across the country.

Reopening their physical brick-and-mortar clubs would prove to have its own set of challenges when it became time.

Developing new operating and safety protocols and augmenting them to meet local government mandates has been an incredibly labor intensive process over the past 16 months, Barry’s told Good Morning America.

“We updated our HVAC system, introduced the use of EPA-registered cleaning supplies and at one point, social distancing in class and added five-minute breaks in between rounds to allow for extra cleaning and mask mandates.”

Now, as the world slowly begins to reopen, despite the lingering threat of COVID-19 and its emerging variants, Barry’s seems to have found footing in developing hybrid models of their business by blending versions of all their pandemic-era products into an omni-channel of offerings, including the newly unveiled “Barry’s X,” which includes live as well as on-demand classes.

According to Barry’s: “Barry’s X” is the first community-driven digital fitness product that seamlessly integrates key touch points of an in-person studio experience into a digital setting. Not only are you checked in by a moderator (who organizes the class and provides the same attention as the front desk), you’re also able to participate in a many-to-many experience which provides their fitness community with the opportunity to see and be seen.

“‘Barry’s X”” was created to provide people with the opportunity to experience the best workout in the world, taught by the best instructors, alongside an incredible global community – no matter where you are,” Barry’s CEO Joey Gonzalez told GMA exclusively.

The company says users will be able to turn their camera on during a live class, allowing the instructor to correct their form in real time, allowing them to see others in the class and be seen themselves. This will allow for an immersive digital experience that will allow instructors to help and correct form during a class, the brand touts, while also being able to check in with friends who are also taking the same class together.

“The camera-on feature allows you to be seen, as well as see old friends, new faces,” Gonzalez said. “And since it’s Barry’s, you can expect to see some famous ones as well.”

Gonzalez told GMA that they do expect a rise in hybridization as we continue to emerge from the pandemic.

“A number of boutique fitness studios across the country closed permanently during COVID, which means those respective workout communities have been displaced and will be looking for a new studio. As far as digital workouts, the landscape has never been more crowded,” Gonzalez said.