Rugby league immortal Wally Lewis has confirmed the end of his 36-year marriage to wife Jacqui.

The Queensland Origin legend revealed the split in a statement released by Channel 9, where he works as a sports presenter.

“Wally and Jacqui Lewis separated last year after 36 years of marriage. It has been a difficult time for everyone in the family and they are still working through the details of the separation,” the statement read.

Lewis, 61, who shares three children — Mitchell, Lincoln and Jamie-Lee — with Jacqui, admitted the separation had taken a heavy toll on his family. He is now in a new relationship.

“This is a deeply personal matter that we do not want to discuss publicly, but I want to acknowledge the pain and upset my family has gone through since Jacqui and I separated last year. I hope over time we can rebuild our ties and move on with life,” Lewis said.

“I will confirm I am now in another relationship and only ask for the media to respect our privacy.”

Wally and Jacqui were married on November 10, 1984, at St John’s Cathedral in Brisbane.

He revealed in his autobiography My Life last year how Jacqui had helped him through his epilepsy diagnosis — a condition he kept secret from 1987 to 2006 when he had a seizure on air on Nine News.

Lewis finally underwent a four-hour operation in 2007 but wrote he and Jacqui hadn’t anticipated the depression that would follow.

“I had suicidal thoughts and found myself crying uncontrollably, for no reason,” he wrote.

Lewis admitted to coming close to committing suicide at his Brisbane home when his wife had ducked out to the shops.

“Another time I walked down to the pontoon on the canal at the back of the house and considered jumping in,” he says. “The thought was actually there that day … (Jacqui) never left me alone after that.”

Mitch Lewis, who works as a Nova radio presenter, recently revealed he is set to add a daughter to his clan of boys.

He and wife Sarah have three sons and were in tears when their doctor called to say they were having a baby girl. 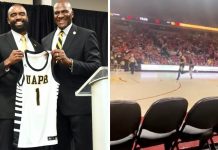 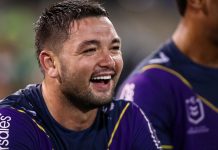 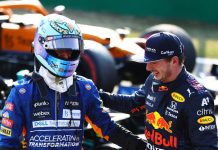