World Fitness Blog : Leading Global Bloggers
Home Fitness Why hangovers get worse as you get older

There’s a reason why you could handle a bit of dustiness in your early 20s so much more easily than in later adulthood.

Not only do our life responsibilities tend to mean we can’t afford a day languishing on the couch, but our diminishing body water and muscle levels mean we feel the toxic affects more acutely.

“As you get older, because of changes in body water, the same amount of alcohol results in a higher blood alcohol level,” Professor Steve Allsop, from the National Drug Research Institute at Curtin University, tells 9Honey Coach.

“A key to how severe your hangover is, is what blood alcohol level you reached. That’s why the more alcohol you drink, the worse you feel.

“I’m an old man, so if I drank four glasses of wine now, my blood alcohol level would be higher than it would have been when I was 35.”

RELATED: How to train when you’re super hungover

“When we metabolise alcohol, the first thing we metabolise is acetaldehyde, which is highly toxic and makes you feel very poorly,” Professor Allsop explains.

“Our liver helps us metabolise acetaldehyde into acetyl and water, but it may be that as you got a little bit older, you might be a little less efficient.”

Older people tend not to sleep as well as their younger drinking buddies either, which can also add fuel to the hangover fire.

“They may not have the opportunity to sleep in [due to life responsibilities] and may have other health conditions that keep them up at night. They also may be on other medications [and] all of those things combined make it a more painful experience.”

Of course, this isn’t a hard-and-fast rule that ageing makes alcohol recovery hurt more – some people still seem to get off scot-free.

“There are individual differences – there will be some people who drink exactly the same as you, and you feel crap and they seem to feel alright,” Professor Allsop points out.

“They’ve got more efficient livers. [But] that’s not necessarily a good thing, because they don’t have an off-switch.”

RELATED: Science confirms when you’re drunk, you have no idea how drunk you are 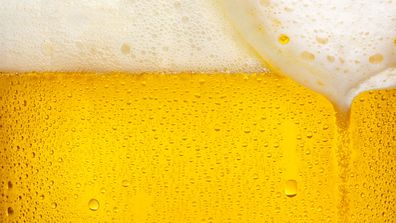 How much alcohol equals 100 calories