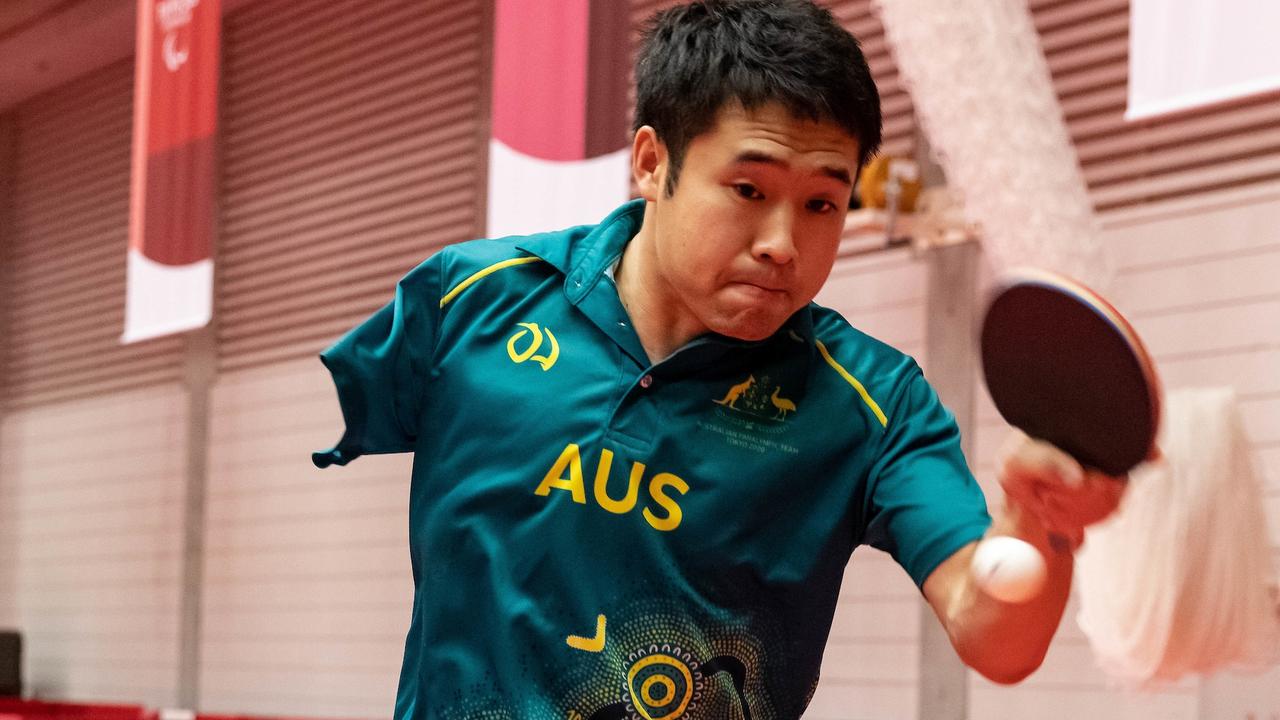 Australia has won a rare silver medal in Paralympic table tennis thanks to a one-armed champion who lost his limb in a bear attack at a Chinese zoo.

Australia has won a rare silver medal in Paralympic table tennis thanks to a one-armed naturalised Chinese champion who lost his upper limb in bizarre circumstances.

Ma Lin has emerged as one of Australia’s brightest stars in Tokyo because of his brilliant performances with the paddle and his incredible tale of survival that has endeared him to his new homeland.

Virtually unknown in Australian sporting circles despite being one of the best para table tennis players in the world, Ma Lin lost his right arm when he was just five years old when it was bitten off by a brown bear at a zoo in China.

He now calls Australia home and has delivered a medal at his first big international competition after going down to Belgian Laurens Devos in the Class 9 individual men’s final at the Tokyo Metropolitan Gymnasium.

Australia has only ever won two gold medals in Paralympic table tennis – one each in 1964 and 1984 – but still has a great chance with three other Aussies through to gold medal matches in Tokyo.

When he moved to Australia after the 2016 Rio Paralympics, Ma Lin brought two of his closest Chinese friends – Yang Qian and Lei Lina – who also happen to be international stars of the sport.

Sam von Einem – who ended Australia’s 32 year drought when he won a silver medal in Rio in 2016, is through to Sunday’s C11 men’s final, where he will take on Hungarian world No. 1 Peter Palos.

The South Australian made it through to the gold medal decider after an astonishing comeback against Florian Van Acker, the Belgian who beat him in five sets in the Rio final.

Von Einem had lost all of his previous eight matches against van Acker and seemed to be staring at another defeat after dropping the first two sets only to storm back and win the next three.

“I‘m over the moon. To get over van Acker was something that I had been trying to do for so long and now that I’ve done it, it’s unbelievable,” he said.

“After those two first games I just thought that I had to reset and take one point at the time. I think I did it really well, the match finally started to come my way and I got away with the win.”