World Fitness Blog : Leading Global Bloggers
Home Fitness Signs you may be on the way to developing diabetes and how...

Considering that at least one million Aussies have diabetes and it is estimated that two million more have pre-diabetes, it is safe to say that we should be talking a lot more about this increasingly common disease.

Type 2 diabetes develops when the body is no longer able to keep blood glucose levels controlled, and high blood glucose levels over time are associated with a raft of long-term health issues. What we do not speak about anywhere near enough, is that the early stages of diabetes can be detected as long as ten years before diabetes develops, and that intervening early will ultimately help prevent diabetes from developing.

So here are the tell-tale signs you’re a sitting duck for this disease and how to take the steps to reverse it now!

Signs you need to take seriously

Insulin, the hormone that regulates blood glucose levels in the body can show signs that it is elevated a number of years before blood glucose levels are impacted. Specifically, insulin is a hormone that works to store fat in the body, and insulin likes to store fat around the abdominal area. This can mean that distinct abdominal weight gain, or waist measurements over 90cm are often indicative of high insulin levels over time. To accurately assess insulin levels, ideally a Glucose Tolerance Test that includes a measure of insulin levels one and two hours after eating is the test required to determine if you have clinical insulin resistance.

At times we have all likely experienced a food craving, but constant food cravings, especially for sweet foods despite having already consumed a reasonable amount of food can be suggestive of glucose regulation issues.

Here fluctuating blood glucose levels as a result of poor insulin action can drive the body to seek out more fuel, which explains why you may be cravings sugars even if you have just eaten.

There is not much we can do to change our genetics and indeed there is a strong genetic predisposition to developing Type 2 diabetes. If a close family member has diabetes it significantly increases the chances you too are at risk, or even more importantly, if you had gestational diabetes when you were pregnant, you have up to a one in two chance of developing Type 2 diabetes within 10 years of your pregnancy.

Perhaps one of the most telling signs of issues with blood glucose and insulin action is that diets do not necessarily work as they should. Here, whilst you may be exercising and reducing your calorie intake you may find you lose a lot less weight than other people and far, far less than you would expect with relatively good diet and exercise compliance. This scenario is suggestive of high insulin levels, which act to block fat being metabolised, hence explaining the slow weight loss.

If you know your diet is not working as it should be, and any of the other signs or symptoms described sound familiar, get to your GP and ask for an insulin assessment via a Glucose Tolerance Test. The earlier you manage your insulin levels, the higher the chance you will take control of your glucose levels before it is too late.

The key steps to help take control of insulin levels

Keeping an eye on how much carbohydrate you are eating via a monitoring app such as MyFitnessPal. Aim for your carbs to be 30-40 per cent of your overall intake or serves of 20-30g at each meal or snack.

2. Cut back on your snacks

Eating too frequently plays havoc with blood glucose and insulin levels so aim for 3-4 hours in between your meals and snacks, including tea and coffee that contains milk.

Forget five serves a day, rather seven-10 serves, or including vegetables at every meal and snack will help to reduce calorie intake and support weight loss.

Lighter meals of grilled fish, lean meat or chicken with veggies, soups or warm salads at night is an easy way to cut calories and support both weight loss and hormonal control.

Both the 16:8 or 5:2 have good results when it comes to reducing inflammation and improving blood glucose levels.

6. Get your exercise on track

Once you are moving at least 10,000 steps each day, adding a couple of exercise sessions in which your heart rate is elevated will help the muscles to process insulin more efficiently.

Author Susie Burrell is a leading Australian dietitian and nutritionist, founder of Shape Me, co-host of The Nutrition Couch podcast and prominent media spokesperson, with regular appearances in both print and television media commenting on all areas of diet, weight loss and nutrition. 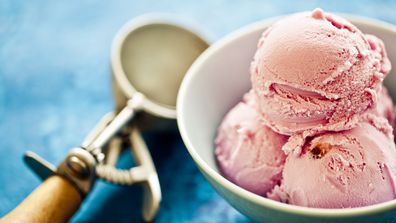 7 after-dinner snacks and their less than 100 calorie match